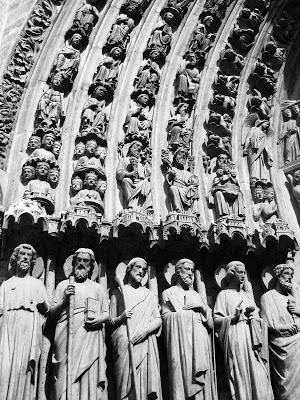 The hymns selected for use with the Common of Apostles are sung on Feast Days of Apostles. Paragraph #858 of the Catechism of the Catholic Church says this concerning the Apostles: "Jesus is the Father's Emissary. From the beginning of his ministry, he 'called to him those whom he desired;...and he appointed twelve, whom also he named apostles, to be with him, and to be sent out to preach.' From then on, they would also be his 'emissaries' (Greek apostoloi). In them, Christ continues his own mission: 'As the Father has sent me, even so I send you.' The apostles' ministry is the continuation of his mission; Jesus said to the Twelve: 'he who receives you receives me.'"